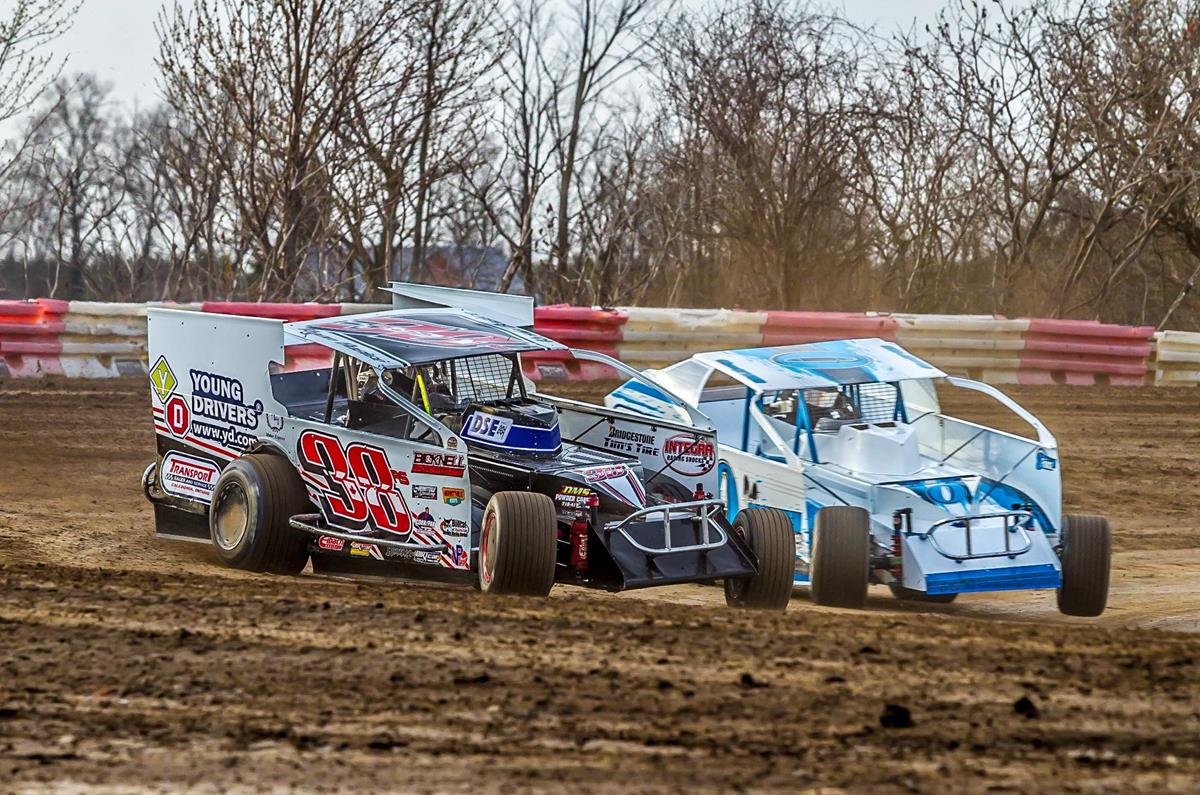 THOROLD, ONTARIO (May 14th, 2022) … An action-packed night of racing at Merrittville Speedway was highlighted by an all-time battle for the Brian Stevens Memorial crown. Ryan Susice of Wilson, New York came away the winner in the Corr/Pak Merchandising 358 Modified feature run in Stevens’ honour as part of Bobcat of Hamilton Weekly Racing on 2 Cool Automotive night. The Right Choice Auto & Leisure Sportsman feature was won by Hamilton, Ontario’s Darrell Farraway. Mark Fawcett scored the victory in the Hoosier Stocks. Brent Begolo went back-to-back in the Rona Doidge Building Centres Modified Lites While, Thorold, Ontario’s Tyler Lafantaise made it four in a row in the Vansickle Pet Valu/ PV on the Lane 4 Cylinders.

The Brian Stevens Memorial got under way with the $444 Pole Dash Challenge, which saw the top 3 finishers from three Corr/Pak Merchandising 358 Modified heats held earlier in the night compete in a 1v1 shootout to determine the top 9 starting spots. Scott Wood for moved up to start 7th after taking on Dylan Davidson and Boyd MacTavish before losing to Brad Rouse. Rouse than took on Pete Bicknell, and Shayne Pierce, beating both. However, Rouse would lose to Fred Carleton after Rouse was disqualified for jumping the start after receiving a warning in a previous head-to-head matchup. Carleton was then defeated by Mat Williamson who would go on to claim the Pole over Ryan Susice and score the $444 in Brian Stevens honour.

When it came time for the feature, Williamson and Susice would again do battle. Susice jumped out to an early advantage with Williamson tasked with running him down. After Williamson took the lead, Susice was tasked with running him down. The common theme of lapped traffic being a factor continued and allowed Mat to close in and take the lead. Susice refused to go away and erased the gap again, getting back by Williamson. A caution fell late, setting up a 5-lap duel with Susice and Williamson restarting side by side. Susice was able to hang on and take the win after a string of second place finishes in the Corr/Pak 358 Modified’s at Merrittville.

The Right Choice Auto & Leisure Sportsman event, which was contested following the 358 Modified’s, saw a new face in Pleasantview Victory Lane. Darrell Farraway started on the front row alongside Jason VanMill, with Farraway emerging as the leader and amassing a solid advantage on the field. Multiple contenders in the Sportsman Division made strong runs through the field, James Friesen being the strongest of them driving up to 2nd after starting 6th. Friesen committed to the top side and tried real in Farraway under green, but never got closer than within half second. The win marked Darrell Farraway’s first at Canada’s Oldest Dirt Track in the Sportsman.

In the Hoosier Stocks, cautions stole the show from the get-go. Jeff Larmet and Trevor Want led the field to green before a yellow quickly came out. Mark Fawcett was strong on the restart and made his way up to the top of the grid where he remained for the rest of the race. Dave Bailey and Jason Fontaine, two of the strongest cars in the field, tangled and brought out another yellow, stalling both drivers progress from their starting spots outside of the top ten. Bailey would recover to third but finished behind Kyle Pelrine, who came up short of challenging Fawcett for the win.

It was back-to-back wins for Brent Begolo in the Rona Doidge Building Centres Modified Lites. Begolo, started 9th and methodically made his way to the front. Caution fell when Shawn and Dillan Sliter tangled in turn 3, halting the moment of Josh Sliter who was trying to track down Begolo. Tyler Winger also had a rare spin in turn 2 in the race. Begolo would manage the lead on restarts and hang on to win for the second week in a row.

Cole Hardy and Trevor DeBoer started on the front in the Vansickle Pet Valu/PV on the Lane 4 Cylinders. The feature marked the first home track event in the 4 Cylinders St. Catharines Husky Duel on the Dirt. DeBoer, was able to stay in the mix throughout the race, even leading a good portion. However, Tyler Lafantaise quickly found his way to DeBoer and eventually by the outside pole sitter. The win would mark the 4th consecutive visit to Pleasantview Victory Lane for Lafantasie, while DeBoer would settle for the runner up spot and John Luebeck finished 3rd.

The 71st season of racing at “Canada’s Oldest Dirt Track” gets back in action May 21st with the Corr/Pak 358 Modifieds, Right Choice Auto & Leisure DIRTcar Sportsman, Rona Doidge Building Centres Mod Lites, and Vansickle Pet Valu/PV on the Lane 4 Cylinders. The V6 class will make its second appearance of the night and the track will also hold the Tim Hortons Enduro Qualifier #1 accelerated by JC Auto. Pit gates will open at 5:00 pm, grandstands open at 5:30, and racing will begin at 7:00 pm. 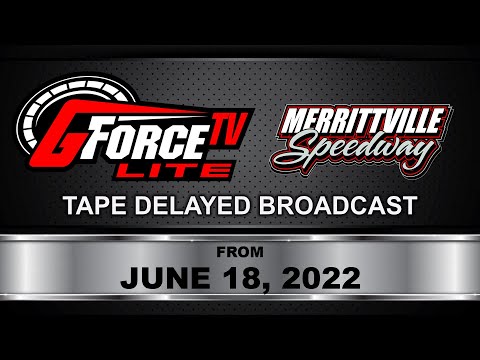 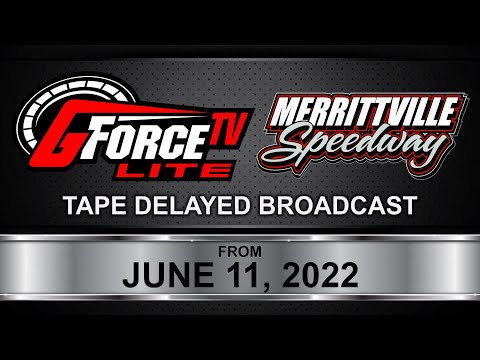 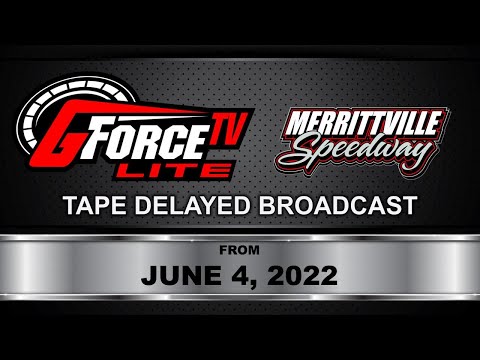 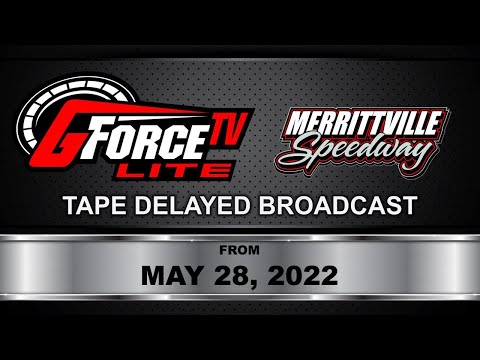 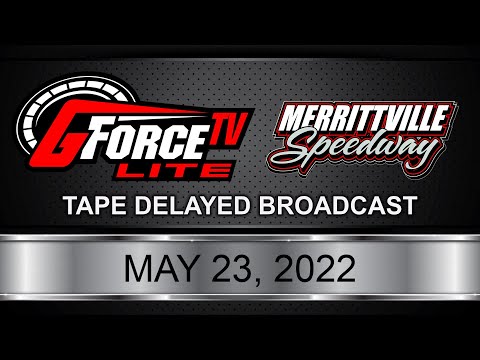 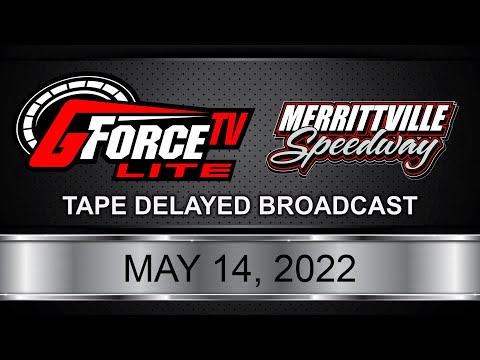